all 3 of the porches on the house need extensive work and repair, but the kitchen one is the worst. its been so neglected that its actually starting to pull the foundation away from the house. we need to get it taken off before winter and get the foundation repaired. the two porches on the front of the house we plan to restore and keep as is...but this one, i'm sort of thinking of doing something a little different. i want to do one thing on the exterior thats a little more modern and different, without really changing the look of the house...AND keeping with the period (somewhat) and style of the house. i'm thinking of doing a porch still...with a pergola. i think that would look so cool and give the house just that little touch of modern, but still old. and then i want to incorporate that into another part of the property...probably over the garage door. i love that look!

here's a look at it...its the porch in the back left corner. 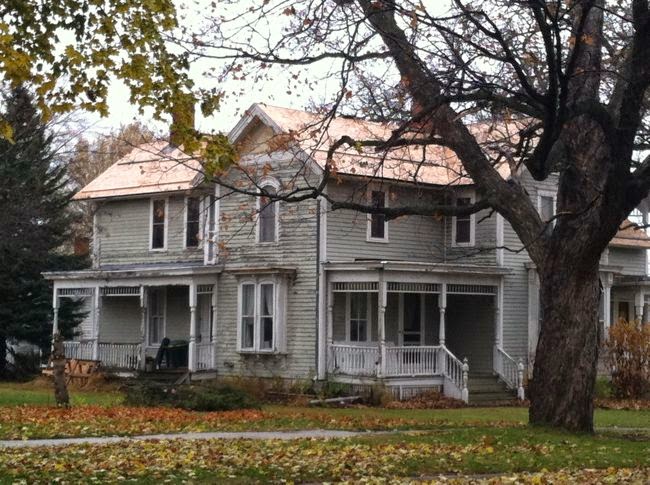 you can see how the foundation is basically pulling away and crumbling, because the porch is practically falling off of the house and pulling everything with it. 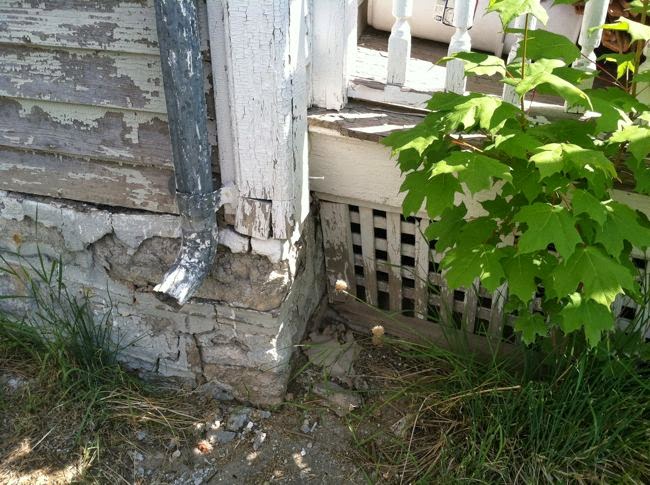 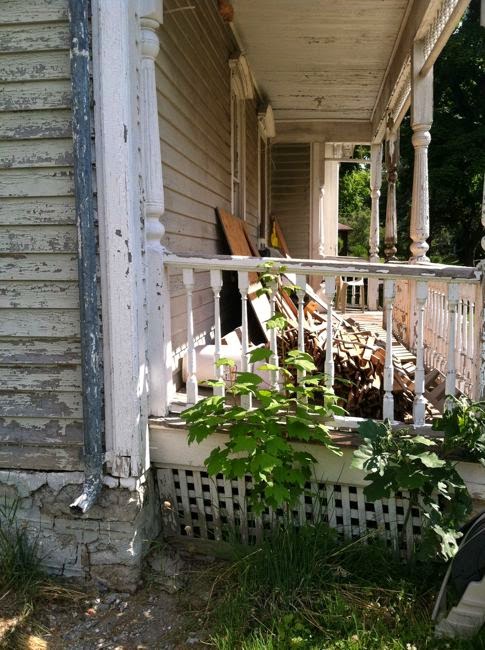 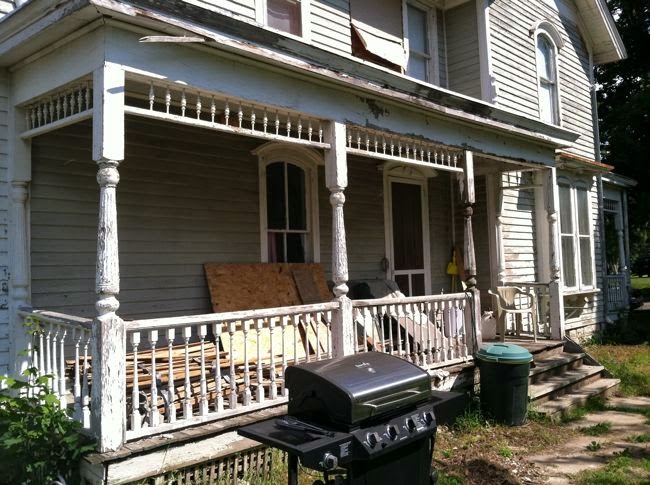 like i said, this porch is in the worst shape. most of the wood is rotten and would need to be completely replaced. the ceiling leaks terribly because the roof of the porch has so many holes in it. 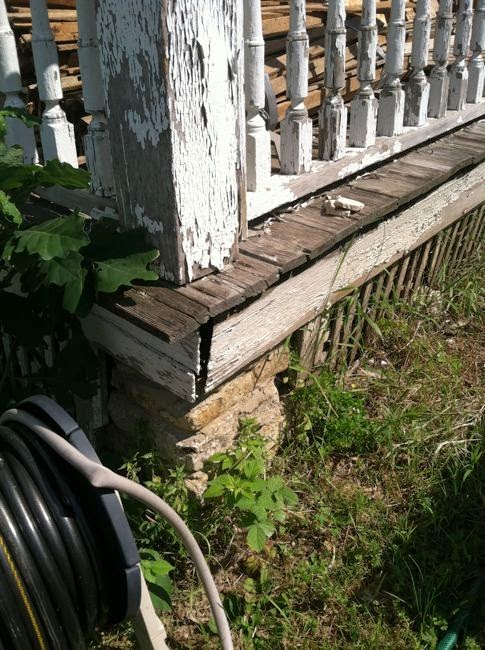 we'll salvage the spindles and railings and detail spindles, to use to repair some of the rotten ones on the other porches.....and i'd really like to try and salvage the big posts and use them in the pergola design. i was looking around for some ideas on how to design it and found a couple that i thought would look really cool with the house.... 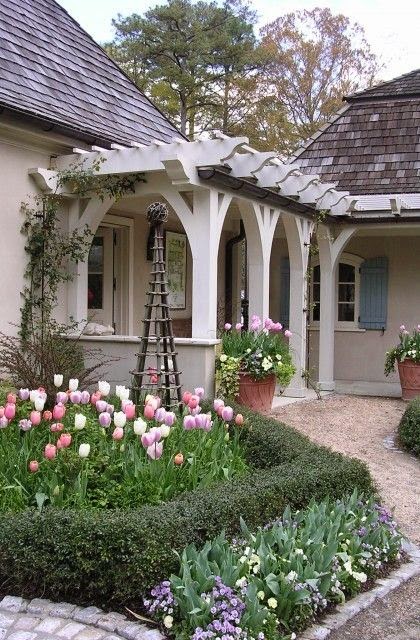 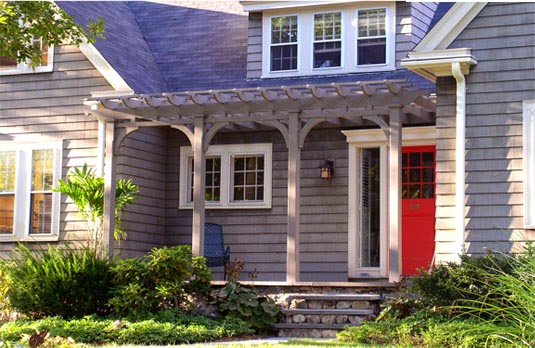 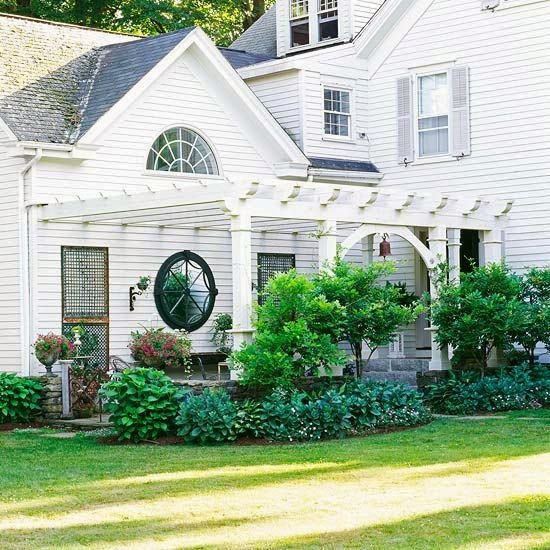 i think something like this with some of the original architectural pieces from the house would look great! and then add the same sort of detail over the garage door, like this one.... 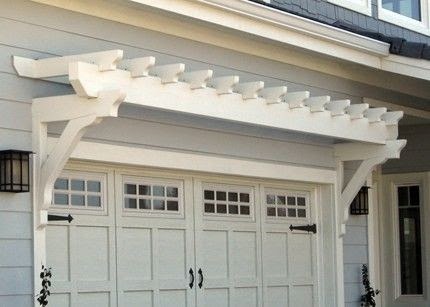 seeing we're on a time schedule and have to be mostly done with the 'big' stuff on the house by end of october....we'll just take the porch off this summer/fall and repair the house and then most likely wait until spring to build the new one.

i'm really excited though....the vision is all coming together!!