we were finally able to get partially moved in, the last couple of weekends! SO exciting! i am in love with my house already....even though theres still so much to do. i thought actually living there, and seeing all of the work that needs to be done (every second of every day), would be a little overwhelming..but it hasnt been....it gives me a new motivation to get it all done!

been really busy the last 3 weeks getting the finishing touches done upstairs and on the kitchen, so we could get in there. originally, we wanted to have all of the trim put up, and painted before we got in there....well, we decided not to wait. we wanted in! its mostly finished....a few window and door casings to put up and all of the crown, but its close. so the only downside to that is having to move the furniture away from walls to paint the trim...but i'll take it! still need to do a ton of touch-up painting on the walls..my pretty new walls have been gouged and marked already...sad.

here are a few new photos of the progress!

kitchen counter tops were just installed yesterday.....LOVE them!!! i chose to go with quartz. i wanted something light, with grey veining in it. i wasn't finding that in granite. i love them! now we can install the back splash! 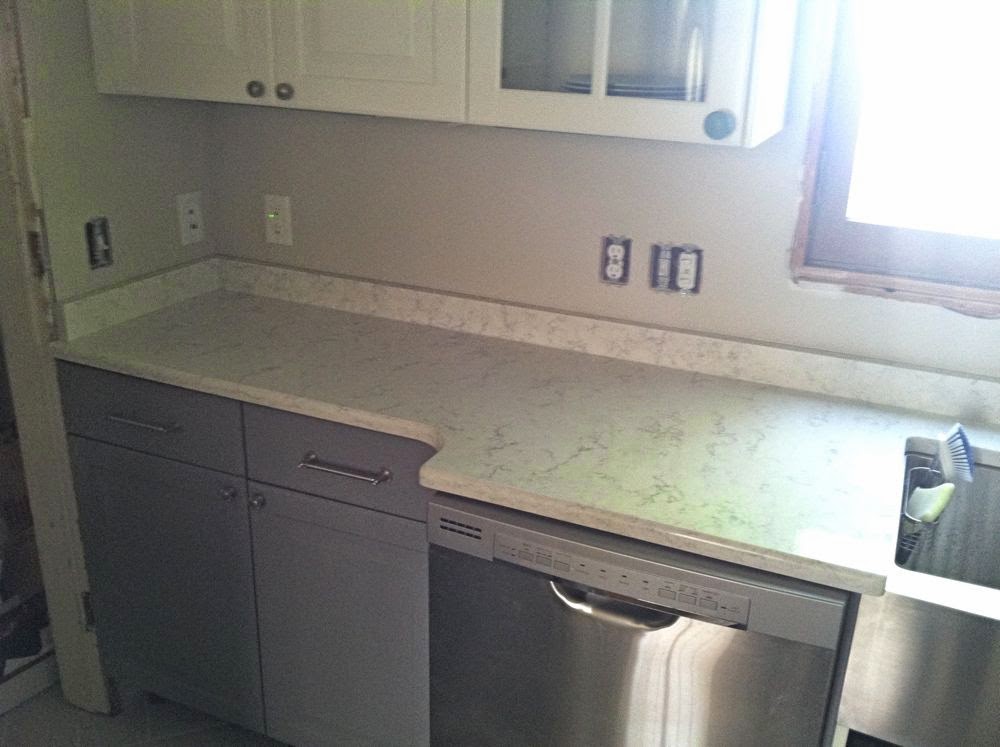 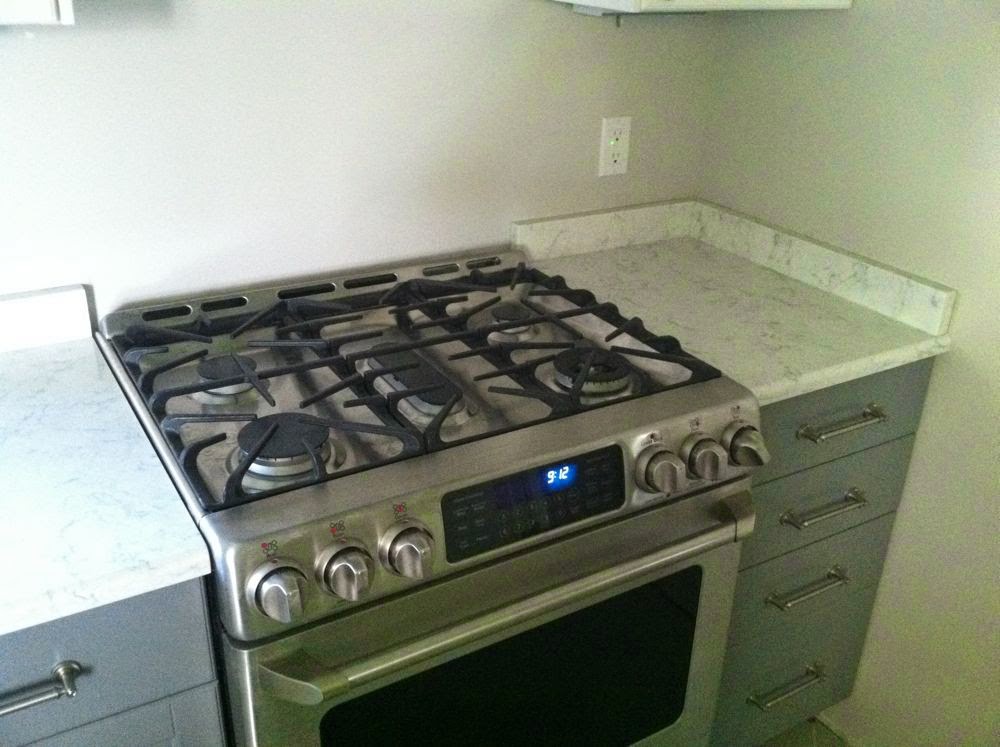 we moved in, but peanut and i are staying at the parents again the last couple of days....we didn't have a chance to demo the living room, entry or den before we got moved in. so the livable part of the house was poly'd off and demoing has been going on the last few days. we knew there was a recent wall put up between the den and living room, which we were going to get rid of. it wasn't original and we wanted to build some cool sliding doors on a rail to section off the two rooms. the wall was 7" thick btwn the two rooms....so the HOPE was that they just sheet rocked right over the old wall...and maybe, just MAYBE there were old pocket doors in there!!!! demo began and we found this....a somewhat recent framed wall, WITH framing for pocket doors...but no pocket doors. bummer! so i wonder when the house was built, if these two rooms were just one big room?? we still have part of the wall to demo, and then maybe we'll be able to tell from the original framing. 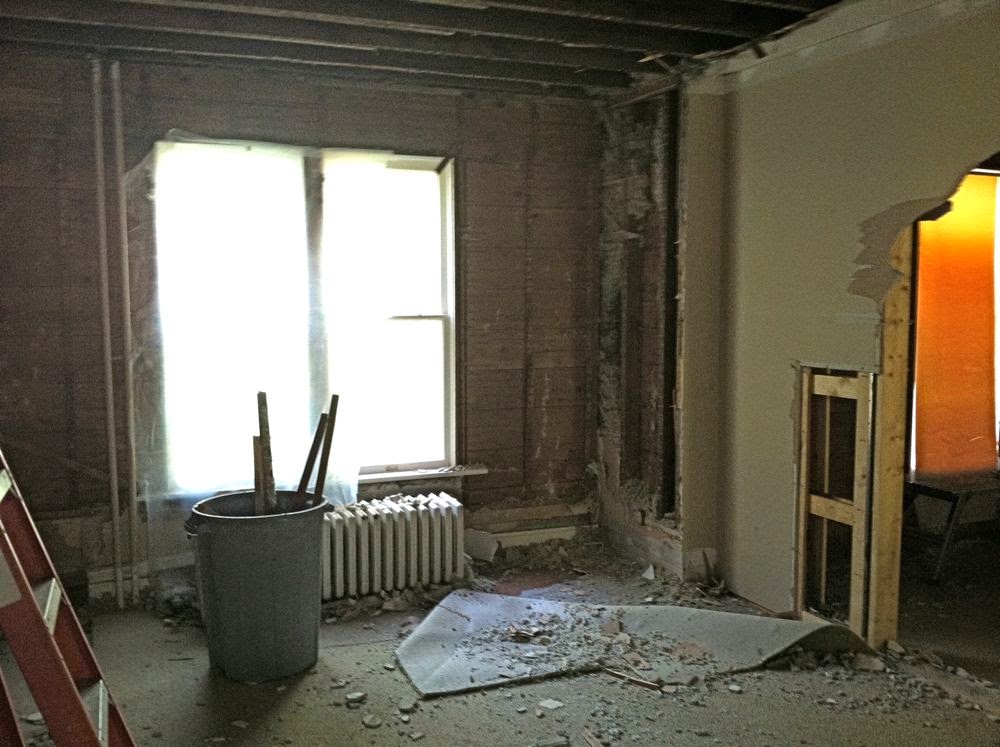 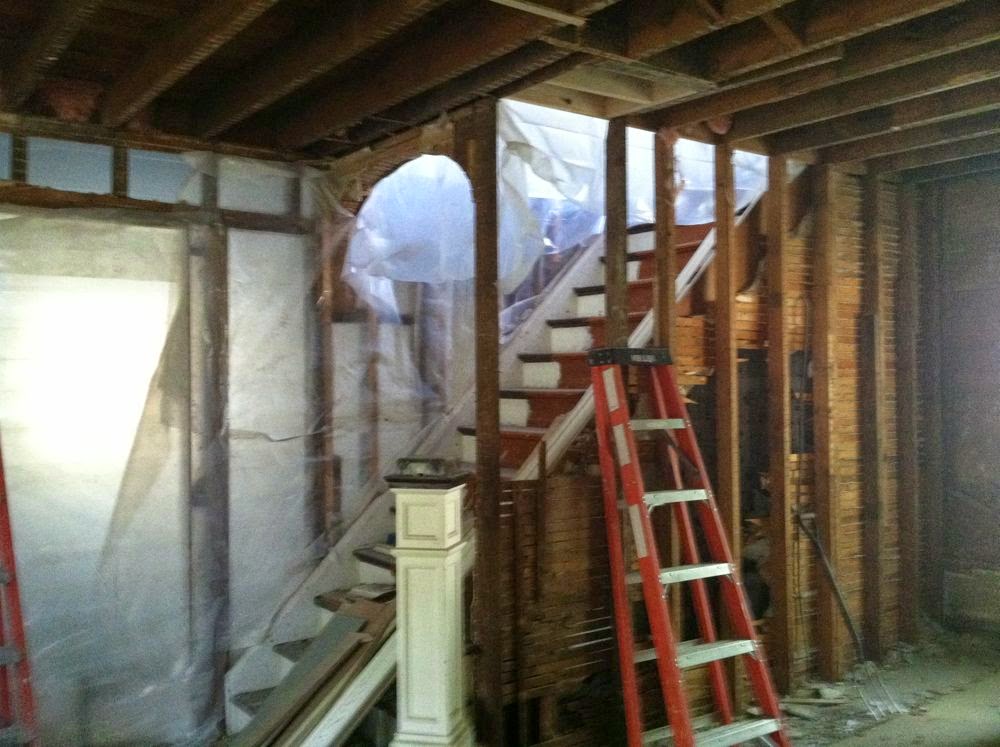